To set up a plant tour or demo, please contact us at inquiry@nauticraft.com for an appointment. 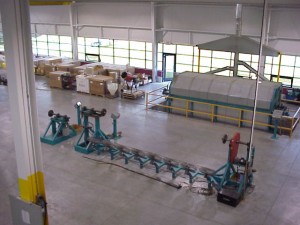 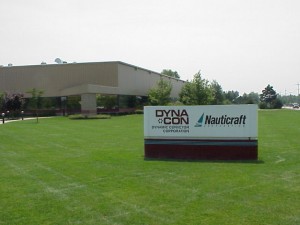 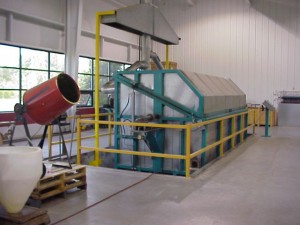 Listen to an interview with our founder, Curtis Chamber and Lost Lake Radio.

After building several Mallards using the original fiberglass process, the decision is made to convert to rotational molding process.  The Mallard is renamed the Escapade.  A new pedal drive system is designed, and the drive unit housing, as well as the seats, rudder and steering handle are also to be manufactured using the rotational molding process.  A new manufacturing facility is completed, which is shared with affiliate company, Dynamic Conveyor.

Tom Parker of Parker Designs completes design of two new Nauticraft pedal boats, the Sprite and the Encore.  Tooling for these two boats is completed and production begins.

Paul Tucker, a 59 year old former British Army Officer, crossed the English Channeltwice May 21, 2002 in an Escapade pedal powered boat.  Tucker completed the nearly 60 mile round trip from Folketstone Harbour, England to Calais, France in aGuinness World Record time of 14 hours and 20 minutes.  He was trying to raise $20,000 for the British Royal Legion, an association of former military personnel similar to the Amercian Legion.

The Encore line is expanded to include a pedal and electric combination and an electric only model.  A stock electric trolling motor used in the fishing boat industry is selected as the means of electric powering.

Tom Parker of Parker Designs and Curt Chambers of Nauticraft collaborate to design the Super Sprite, the newest Pedal Boat in the Nauticraft line.  It is smaller than the other pedals boats making it easier to ship.  Distribution of the Super Sprite pedal boat is to begin in early 2010.

China became the newest destination for a Nauticraft boat as we shipped an Encore P to Yantai for an individual.

The Encore Electric and Encore Pedal/Electric Boats are now powered with a Lithium Ion 12v 100Ah battery.  Located in the rear storage compartment, this battery comes standard with a new boat purchase.  The variable speed control is presently positioned between the two operator seats.  Along with a twist handle control giving both forward and reverse, it also includes a button push-to-test battery meter to get an instant status of remaining battery.